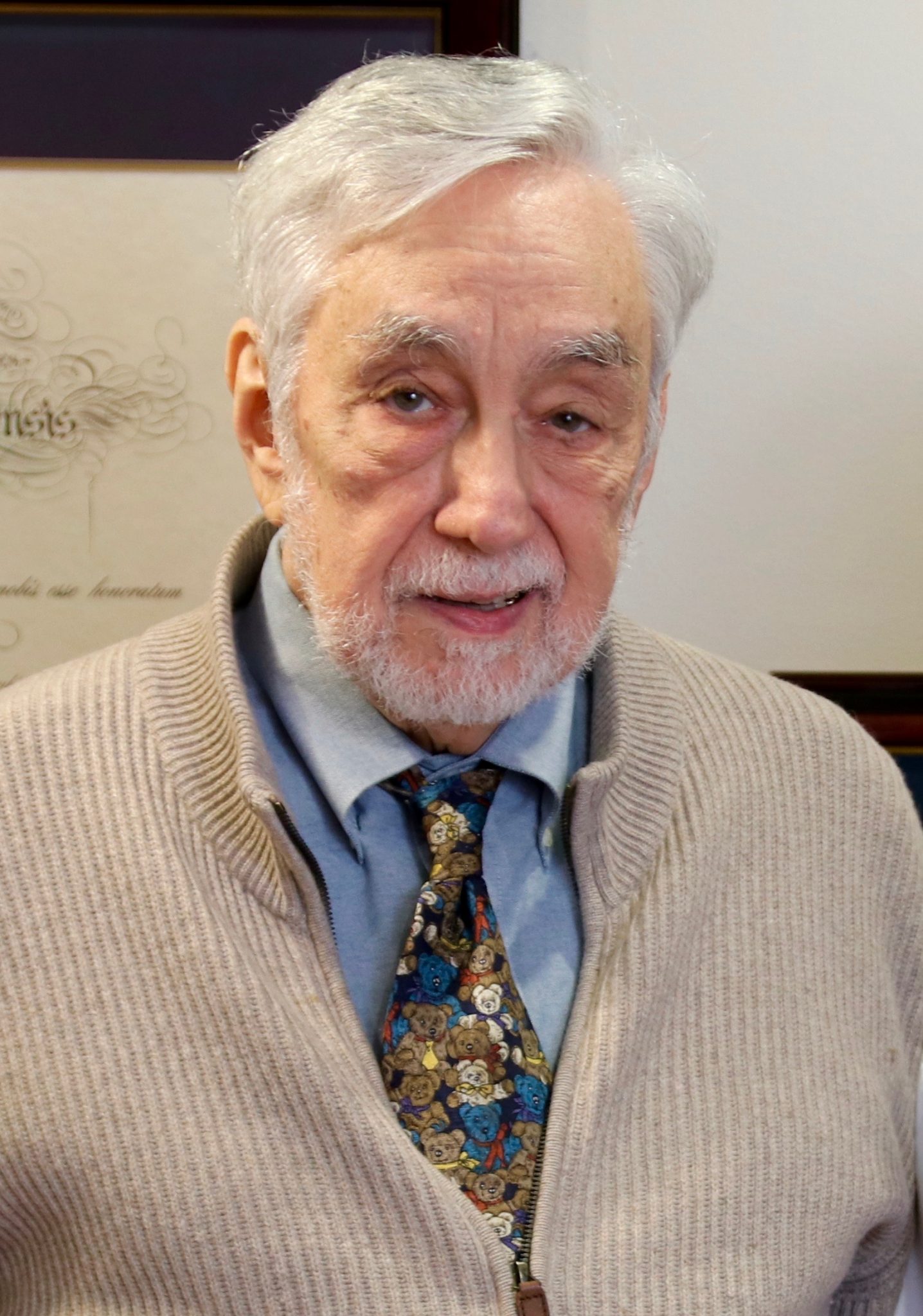 As a licensed, practicing dentist with a distinguished career emphasizing mercury free restorative and biological dentistry, Dr. Dressler has a passion for educating patients about the potential dangers of many materials commonly used in conventional dentistry and the benefits of mercury free and biological/holistic dentistry.

Dr. Dressler joined Dr. Zina Aaron and Rose Dental in August/2018 and as a mentor to Dr. Aaron, he lends his wealth of knowledge and experience in biological dentistry for the benefit of the patients and spreading awareness about the dangers of mercury and the benefits of biological/holistic dentistry.

Dr. Dressler attended and received his Doctorate of Dental Surgery from the University of Tennessee, College of Dentistry in Memphis. In the early part of his career, he was employed by the Missouri Division of Health treating handicapped and crippled children.

After serving in the Army, he began his private dental practice in Atlanta.

In 1972, with an interest in nutrition and integrative health, Dr. Dressler started a long term study on the effects of certain materials used in dentistry and. In 1984, he, along with 12 other dentists, physicians, and medical researchers, formed the International Academy of Oral Medicine and Toxicology (IAOMT). Since its inception, this Academy has grown to over a thousand members worldwide. Dr. Dressler is a master of the Academy and a two term past President. 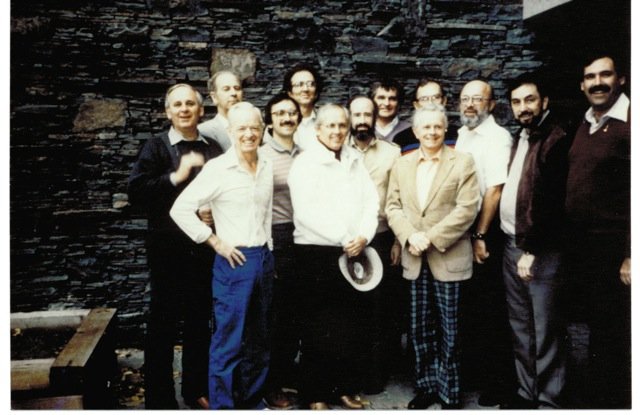 The Original Founders of the IAOMT

Pictured here, names are listed from left to right.

In addition to the IAOMT, Dr. Dressler has been active in the following professional organizations:

Dr. Dressler has written, published articles, and lectured on nutrition and the safety of dental materials.

Dr. Dressler talks about Mercury and his dedication to Mercury Free Dentistry

We want our one-of-a-kind holistic care to earn a rave review from you, too! Contact us now to get started.

We want to help you achieve a naturally attractive smile and optimal mouth/body health. Let's get started. Tell us a bit about your needs, and we will reach out to you shortly. 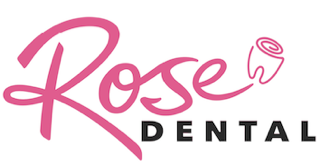 Monday - Thursday: 7am to 3pm
Friday: Call for appointment

Verified
Edit to update: (4/20/2022) My insurance changed, and being that Rose is out of network, I was surprised with a bill after the last time I visited. Called today to begin paying it off, and was treated like garbage by one of their staff. "I want to pay you." -- in response, she belittled me for it taking too long and it not being enough. Do you want money? Or do you want to treat me like garbage first before you allow me to give you money? Her name is Bella, and even if they did take my insurance, she is enough reason to not return. Dr. Arron reached out personally to help resolve the issue. Just check your insurance well before you go--- if you can afford them, she is a fantastic dentist who shares my philosophies on taking care of my teeth. (July 2020) For years, I've been considering getting the mercury amalgam fillings out of several of my teeth. One of the fillings started to 'fail' recently, so it became a high priority for me. I looked for a dentist that would be conscientious of the somewhat dangerous process, and am VERY pleased to have decided on Rose Dental. All of their staff are not only professional, but charismatic and welcoming. Had my procedure today, and it was quick and painless! The preventative measures they had in place made me feel very safe throughout the process. They are knowledgeable about how to properly safeguard and detox from mercury exposure. I'm extremely grateful to have found them, and highly recommend them for anyone looking for a great dentist -- especially if mercury removal is something you're considering.
Tammy Reeves

Verified
Everyone there was great!! And we appreciated it so very much!
LYLE PROUSE

Verified
I’ve put off going to the dentist for years all because I have terrible dentist anxiety due to bad experiences in the past with dentist not being able to get me numb. Let me just tell you!! Dr. Aaron is AMAZING, caring, funny and very knowledgeable in what she does! And…she gets me numb! I have a long way to go before my mouth is where it needs to be but I have no worries or doubts with Dr. Aaron getting me there. You feel like family here! The entire staff are all super nice and very attentive! My whole family will be switching to Dr. Aaron! I am so so thankful I’ve found my forever dentist!! Thank you Rose Dental!!
Elizabeth Smith

Verified
I chose Rose Dental based on the reviews I read here and I'm so glad I did! One of the best dental experiences of my life! First of all, the office is beautifully designed, the staff welcomes you with big smiles and a tea and coffee service for you. You are taken back to a dental studio that has the most up to date equipment. The dentist, Dr. Zina, is a phenomenal surgeon, and really knows how to place your dental shot for the least pain. Throughout your dental work the staff checks on how you are doing. If you have a child, this would be the best dentist...kind and a caring staff..there is a huge ceiling television screen with fantastic nature scenes to engage a child. Prices are reasonable compared to other dental services. Thank you Dr. Zina, and staff!
Faith Swantin

Verified
Just to say from the entrance counter all the way back to Dr Aaron , the entire staff were Very helpFULL and super nice. Honestly can say that I have never had an enjoyable experience at a dentist's office !! Until yesterday !!
Lance Van Putten

Verified
Dr. Zina Aaron is a gifted dentist who maintains the highest level of standards and care for her patients. Dr. Aaron uses the latest holistic treatments and materials. She also shares her wisdom in public speaking events, as an expert in holistic dentistry. I truly wish everyone knew about holistic dental care. And they could go to Dr. Zina:) Her staff is consistently warm and professional. Cheryl and Amanda always kept the same sweet tones in their voices,, even when I called for the 100th time with questions and concerns. The staff will even put the estimated treatment plan and ~cost in writing. This means Dr. Zina Aaron stands by her patients and her work. This is rare, I’ve found. I’m so grateful to Dr. Zina Aaron at Rose Dental. And Rose Dental is even starting to have 7:00 a.m. appointments soon!
joanna fletcher

Verified
Finding Rose Dental was a true blessing for me. I was sick for years with Chronic Fatigue and Fibromyalgia. I went to several dentist over the years explaing that my tooth which had two different root canals, just didn't feel right. They all took x-rays and assured me there was nothing wrong with the tooth. With Dr Aaron's help, she referred me to Dr. Daniel Brunner, Oral Surgeon with East Cobb Oral Surgery. Dr Bruner did a CT scan and found two infected root canals and a cavitation. After he completed the oral surgery and removed the root canal teeth and cleaned out the cavitation, he referred me back to Dr Aaron for the bridge work. She did an amazing job on the bridge work. The bite is perfect and no one can tell I had any work done. She makes you feel so comfortable with the process and checked with me afterwards to make sure I was doing well. My Chronic Fatigue and Fibromyalgia is gone. I'm well for the first time in over 15 years, thanks to Dr. Aaron and Dr Bruner. They listened to me and never discounted what I felt. I can never repay them for giving me back my life.
joan frey

Verified
Rose Dental is the most awesome dentist's office ever! They have relaxing scenes and music playing on the screen above your head while you're in the chair, and they even have pink walls. I love those pink walls... The whole experience is just the best. There are fascinating cutting-edge dental treatment videos playing in the lobby; so educational! I knew that mercury is bad, and I'm proud to say that Dr. Aaron removed the last of it from my mouth, but I had no idea how bad root canals are for overall health. Go figure! The very best of all for me, though, was a personal recommendation that Dr. Aaron gave me to get a DNA-based nutritional profile from MaxGen Labs. That literally changed my life! I found out that I have a genetic defect that causes my body not to produce choline, an inexpensive vitamin supplement, and I had been plagued with allergies, low immune function, fatigue, chemical sensitivities, and electromagnetic hypersensitivity for most of my life. I couldn't even work a full-time job, and I was living with my mom at 44 years old. Now, at 45, I have my own place, I can handle 12-hour shifts, I can eat dairy and cornstarch again, and I'm not afraid of my phone (even though I do prudently keep it on airplane mode most of the time 😉 Thank you SO much, Dr. Aaron! You make such a difference in people's lives!!
Amira Sa'Di

Verified
I’ve never had such a great experience at a dentist office. The entire staff was thoughtful and kind and made me feel comfortable as soon as I walked in. I’ve always been so nervous about dental work, even for cleanings, and they helped me through it. While getting cavities filled, Dr Aaron made sure I was okay throughout the entire procedure and kept me well informed before and after. I’m so happy to have found this office. I could never go anywhere else now.
Erin Palovick
Reviews